In the wake of the New York Times busting JCPenney for running a paid link campaign, I decided that we should really take a look at what might happen next. Sure, JCPenney denied authorizing the links and then fired SearchDex. And Google punished JCPenney by dropping their rankings out of the top 50 for pretty much every possible keyword and search term. But now what? What might happen next for all the parties involved? I’m glad I asked. Because I’m going to tell you what I think. With pictures from Tommy Boy to help narrate my thoughts at the meta level!

JCPenney just pulled one over on Google. The word ‘epic’ gets overused on the Internet today, but I’d say this event was truly epic. With the help of a paid link campaign (put together idiotically but effectively by SearchDex), JCPenney dominated Google’s algorithm and spam team. It was complete and total domination. Matt Cutts even admitted to the New York Times that he and his team missed the entire link campaign. But now that Google has punished JCPenney, what should JCP do now for SEO? I’ll tell you: absolutely nothing.

JCPenney has no control over when/if Google will lift the penalty. And even with the punishment from Google, JCPenney.com is still ranking in the top 100 for a ton of highly competitive keywords. That indicates that their current whitehat SEO strategies are probably decent and effective. They should get rid of any shady on-site SEO methods, and they should continue their basic SEO 101 processes that are already in place. The strong JCP brand name and the millions of quality links will help JCP regain its rankings soon enough.

Man, they do need a little wind here. I must say that I’m kinda bummed out for SearchDex. I mean, seriously. They delivered results to a client who was desperate for rankings. I’d wager my favorite guitar that JCPenney was fully aware of the benefits *and* possible risks inherent with such a massive paid link campaign. And while I think they bought links on some of the spammiest, low rent, and trashiest websites, I’ve gotta acknowledge SearchDex for one thing: they were the masterminds behind a paid link campaign that delivered amazing results to a massive retailer during the holidays. (Note: If you’ve ever worked with a Fortune 1000 retailer, you know that some of them make 80%-90% of their yearly revenue in the holiday season.) SearchDex delivered results. And that’s the truth.

Additionally, I’m bummed out for SearchDex because they were ratted out by a journalist who got tipped off or had a hunch. (BTW there are a lot of people asking how that journalist got tipped off. I’d also like to know!) I don’t like seeing other SEO agencies or even other SEOs get kicked in the nuts by a national media website just looking for a way to sell a story to the masses. Just think: Once the writer found out the story involved Google, it was game over for SearchDex and JCPenney. The writer could spin the plot to include a major retailer taking advantage of Google via a “link scheme” (who even says that?!?). Jeez. It makes me want to puke. And to do it in such a way that makes Google look like the good guy. And to make searchers look like innocent victims caught in a sinister plot to rule the online world via better rankings. Barf.

SearchDex probably lost clients over this. Some of their employees are probably worried about their jobs. And it’s all because the story made them out to be the scapegoat for JCPenney. The New York Times article put the cross-hairs on JCPenney.com, and that’s not really shedding lights on just how many major companies run paid link campaigns. While the writer interviewed a person who manages paid link campaigns, the take-home message was: most companies don’t buy links because they are afraid of getting caught, and most of them don’t have the “deep pockets” to buy links anyways. Well I’m here to let you know that if you are in a competitive industry and if you are being outranked by massive brands, it’s partly because 1) their sites have more authority than your site and 2) most of your top competitors are buying links. Believe me. It’s happening.

All SEM & SEO agencies will take the high road on paid links. After all, if you publish your client list on your website, you better have an official stance against paid link campaigns. Otherwise, you are inviting Google (and journalists, too!) to investigate your clients’ backlink portfolio. After the NYTimes article, I expect everyone to come out of the woodwork to talk shit about paid links. But really, we are living in a time where the “natural link” is pretty much non-existent (on the most popular websites and blogs). Even social networking sites have opportunities for paid links. For example, if I want to, I can purchase links via pay-per-tweet. I can also buy links on Facebook via innocent-looking status updates. It happens, and your most aggressive competitors are doing it. Trust me on that one.

The twitterverse is rife with people tweeting about how you punished JCPenney and about how the SearchDex people are a bunch of blackhat SEOs. However, in my opinion, the most glaring part of this story is how your algorithm and spam team missed this link campaign. How does any of this scare me away from buying links? I think Google knows that there are some links they simply cannot find with an algorithm. But even as Google’s detection methods get better, the mice will still find a way to get the cheese. But for now, at least Google can discount the obvious links. Or can they?

I think we can count on Google taking a deep look into the JCPenney paid link campaign, specifically the actual domains that were being used. It’s probably safe to say that those domains will not pass link juice any longer. In fact, some of those domains may get the death penalty themselves. Some of them are so spammy. It wouldn’t surprise me to see many of those domains de-listed by Google. It also wouldn’t surprise me if Google was able to detect a large portion of the massive network of spammy sites selling links – just using the JCPenney domains as a starting point. Using the SEOmoz tool, I found about 1,800 unique domains linking to the ‘dresses’ URL on jcpenney.com. I’m sure Google can find more than that. They have a few more resources than I do. Godspeed, Google. I fully support you ridding the web of crap. (Just please be lenient with this site. I’m really trying hard to make it good.)

On a conspiracy-related side note: I’m wondering if this entire story was planted by Google . Paid links are causing havoc with organic rankings. Was this whole thing one gigantic scare tactic for would-be link buyers? If it was, congrats. I’m sure there are a lot of companies that will suspend/end their paid link campaigns the moment they read the story. And honestly, maybe that will make it a lot easier for agencies in general because now pretty much every SEO agency can cite the NYTimes story as the reason not to buy links. That certainly will make life easier for some people. But then there are the people on the other side of the equation. Those SEOs will continue to buy links. Only now, they have less competition. Maybe this is a situation where everyone wins! 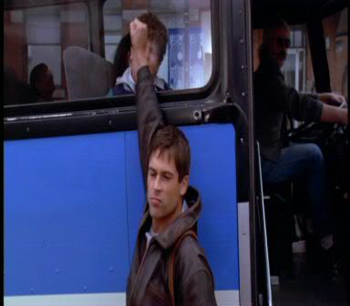 4. TNX.net (and its link publishers)

I probably shouldn’t even mention TNX.net on my site. Oh well. I guess I don’t really have anything to lose. Anyways, this is the link broker that the New York Times articles mentions by name. They have some stats on their homepage. I copied them on Sunday and then again today:

While the number of pages in the TNX database has dropped by 15 million, the number of links sold has increased by 300,000. I guess the NYTimes article was good for business at TNX.net. Maybe SearchDex and TNX can team up to provide link sabotage services. It’s pretty obvious that it could work, right? I kid. I kid. But there you have it. A big story runs in the New York Times about how buying links are against Google’s guidelines – and now TNX.net has sold even more links. Gosh, I love SEOs. Always keeping it classy and playing it safe. Good times, indeed.